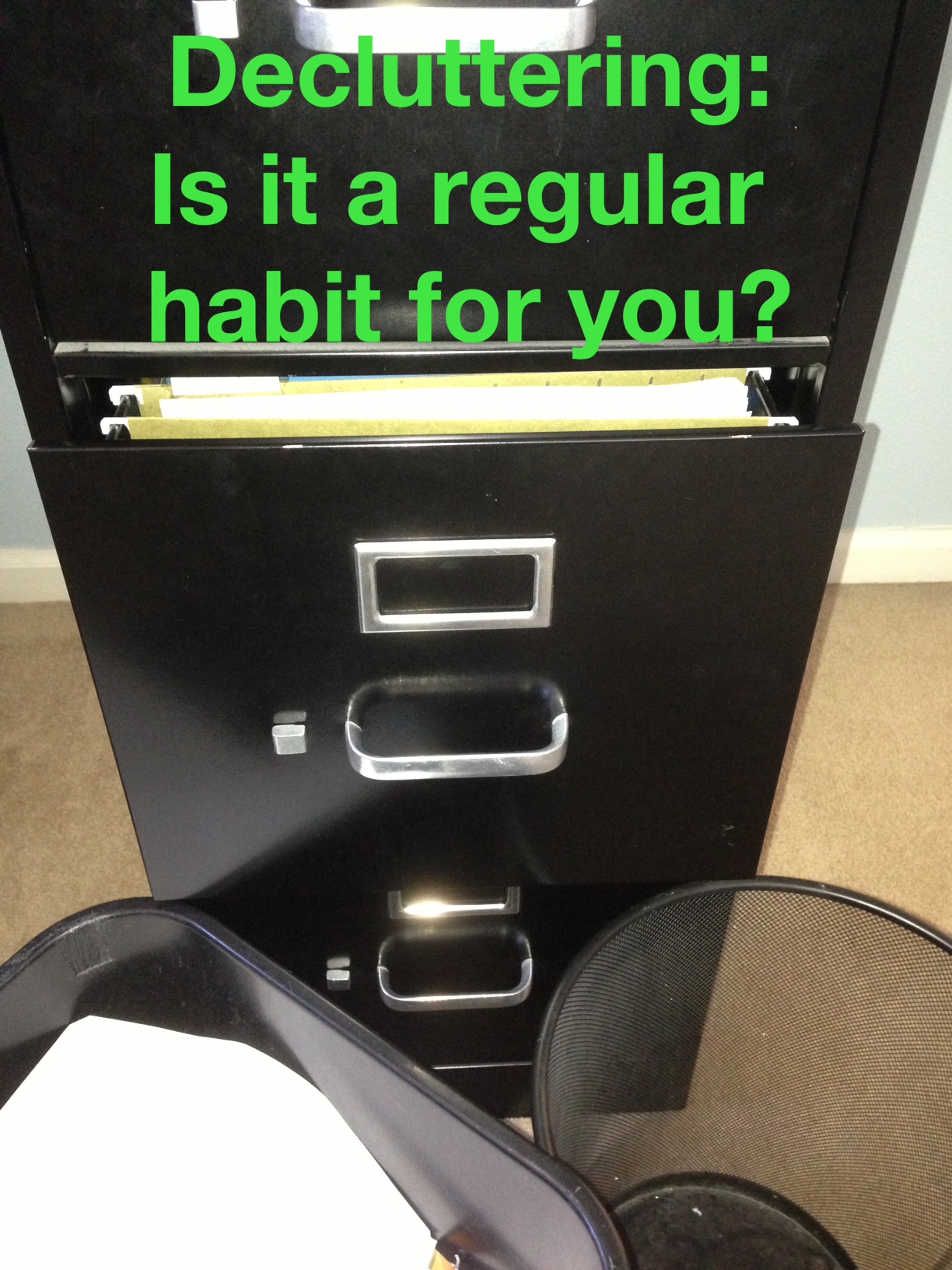 I’ve been a fan of this habit off & on for quite a while in my own life. It’s also true that I was a bit of a snot about the idea initially. However, once I dove into it a few times fully, the benefits were very clear. I’m now a Decluttering Believer …

Most of us have so much STUFF lying around, coming at us or choking our creativity and brain. The types of clutter can be physical, emotional and electronic. All types weigh us down, slow us down and make it much more difficult for growth or new things to come into our lives.

Have you ever been preparing for a move and even thinking about starting to pack some rooms or areas filled you with exhaustion, dread & worse? Yep – that’s also another effect of not decluttering regularly.

Like many other situations created by “the compound effect” it does not go from zero to Uggh in one day. It also does not go away in one day either BUT you can start to turn the tide daily to change the trend.

I’m personally going to take about 15 mins daily, 6 days a week, for the remainder of August to do this in my own world. I’m going to share my results & experiences here & there via social media, too, so that I cannot back down on my own promise.

There – I’ve said it publicly for accountability. And given some of you some specifics to target if you’d like to join.

It works best for me to pick ONE bookshelf, one sub-area of the house or maybe even one email address & folder to do some physical (or electronic) decluttering. Make it specific, make it manageable, make it small and be brave & decisive with it.

It may not be logical but …

If you’ve not done much decluttering before, you may be surprised at some unexpected & rather intense emotional reactions that start to bubble up while you’re decluttering.

Well, it just is. Rather than freak out about it, just know it’s natural for that to be part of the process. It’s also why a regular habit of decluttering starts to really help your mood. And probably your physical health, too. It is a cleansing of sorts, so accept that, appreciate that and don’t be too scared by that.

As you take steps to reclaim your life, regular bits of decluttering can be unbelievably helpful. Try it on yourself for a week to see what happens! And feel free to comment on your experiences below to help inspire others.